The album is a collection of released and never-heard-before tracks such as “Lord You Are Good,” “I Am Blessed” and more. Minister Tracy poured her heart into the album experimenting with sounds ranging from Eastern Highlife, Contemporary Praise and Worship, also Popular music.

Her objective exploring varying sounds and thematic preoccupation – all centered around her core message – is to reach out, beyond the church inclined, to the young, vibrant and unchurched, with the Gospel of our Lord Jesus Christ in ways they can easily relate and connect with.

The 10-track album project inspired by the Holy Spirit, includes the successful single titled “I See Miracle.” The success of the single has broken regional barriers, placing Minister Tracy Tolota on playlist and charts all across the world. Other tracks on the album include “Mighty God,” “He is Risen,” “Kosobabire,” “Overflow” and more.

The “Heaven’s Sound” album credit also includes collaborations from notable Gospel music ministers, including the anointed Prospa Ochimana, Pastor Michael Harrah and Bumie Music, all joining Minister Tracy in strengthening the theme of hope, faith, adoration and magnification of the Supreme One. 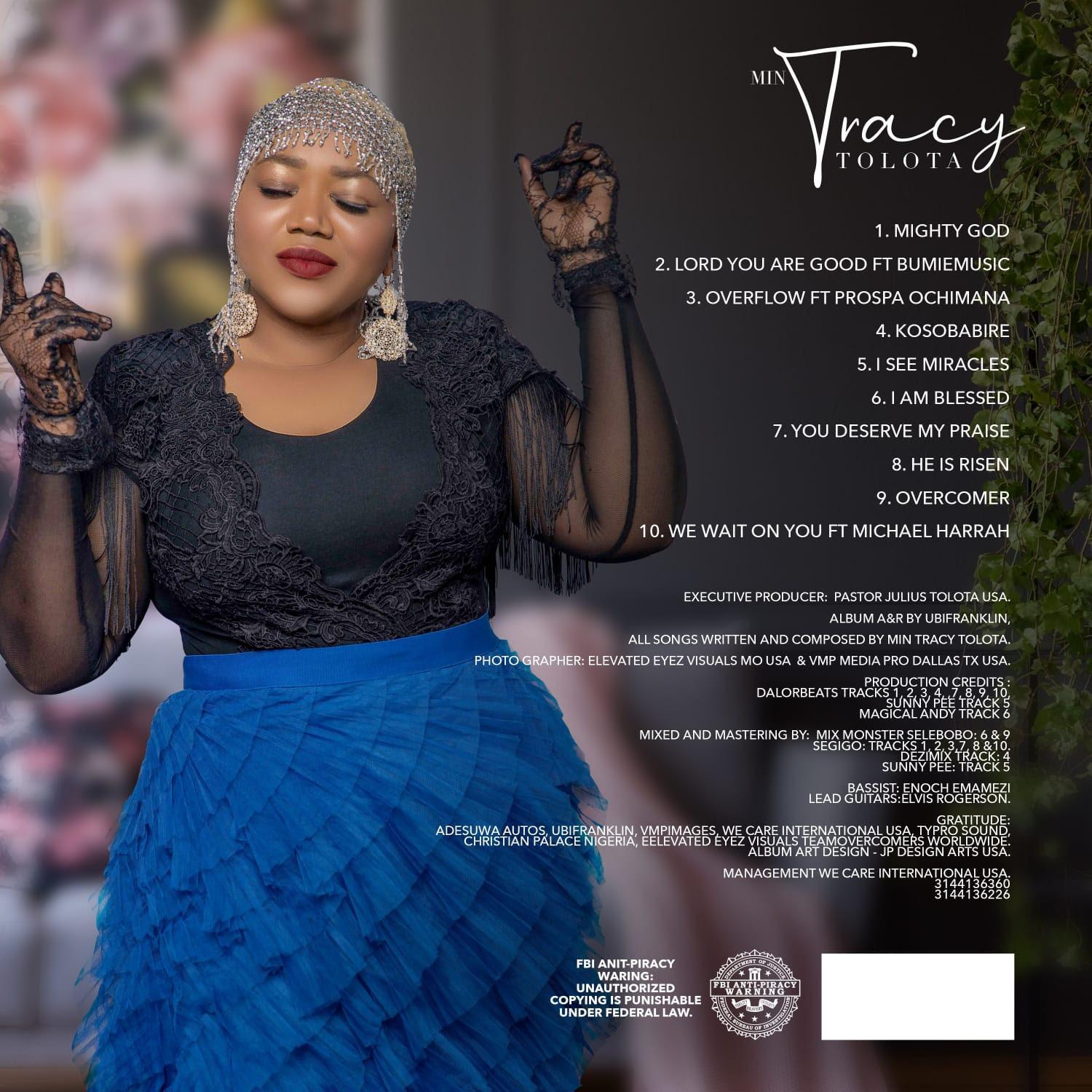 Minister Tracy Tolota who had earlier stated that she is thankful to God for the journey, emphasizing the fact that God is the only reason why she sings, declared that the album will bring deliverance to every listeners as God accepts the offering.

“May our worship be heard in heaven, may God open up the heavens as we open our mouth to praise. May God receive our offerings (”Heaven’s Sound” album) as He received Abel’s offerings. Let the album bless and bring deliverance to every listener. Let this album bring reconciliation, bring people to God. Let it be received by Nations, Kingdoms and cities in Jesus name.”

Get the “Heaven’s Sound” album:

Search Anything
Song Of The Week
SPONSORED! AD

Aghogho Premieres Self Titled 6 Tracks EP now out on all…